Three-day intensive experience with Ryan Holiday, Kristin Weitzel, Shawn Wells, and Kayla Osterhoff. Day one will be devoted to unlocking empathy and responding to obstacles. Day two will be focused on optimizing wellness through experiential workshops. Attendees will be guided through a series of interactive lectures to create desired connections in areas of mental, spiritual, and physical wellness.
All Inclusive Pass
$3,399
All Inclusive Pass
Reserve Your Spot Nestled on 405 acres along the Lower Colorado River, our Austin Hill Country resort provides the perfect getaway, just 20 minutes from Austin-Bergstrom International Airport. Hyatt Lost Pines Resort & Spa features 491 scenic rooms, including 58 suites, all along the banks of the lower Colorado River against the backdrop of the Texas rolling hills.

You'll catch a good night’s sleep in the spacious 440-square-foot King Room, with a king bed, a full-size sleeper sofa, views of the garden or courtyard, and a work or eating area. Maximum sleeping accommodation: 4 guests, including children. Few writers have done more to bring ancient, timeless wisdom and cutting-edge marketing strategies together than Ryan Holiday. By age 33, his philosophically driven bestselling books have sold over five million copies and spent more than 200 weeks on bestseller lists. His books are taught in colleges and marketing programs around the world, including Trust Me I’m Lying, which revealed the massive vulnerabilities (and opportunities) in the global media system in 2012. He has directly influenced Super Bowl-winning teams like the New England Patriots, NBA Champions like the San Antonio Spurs, and Olympic Gold Medalists, as well as sitting Senators, military leaders and some of the biggest and most important companies in the world like Google, Twitter and MicrosoftAt the core of Ryan’s teachings is Stoicism, popularized through the #1 NY Times Bestseller Stillness is the Key, Obstacle is the Way, and his latest, Courage is Calling.

What is Stoicism? The idea that while we don’t always control what happens to us in life, we always control how we respond. Illustrated vividly with stories from the greats (and not-so-greats) of history, Ryan provides a framework for overcoming obstacles, scaling new challenges and battling both the ups and downs and life. Profiled by the New York Times, Sports Illustrated and ESPN, Ryan counts among his clients and followers some of the biggest names in business, tech, culture and professional athletics.Ryan lives in Austin, TX where he does his writing in between raising cattle, donkeys and goats. Kristin Weitzel, Founder of SHERPA Breath and Cold is a renowned global health expert, trainer, and presenter. Work with Kristin Weitzel to experience profound emotional shifts and build your resiliency and capacity for greatness. She is a health and high-performance maven, nutrition specialist, certified fitness professional, master breathwork and deliberate cold exposure coach with a focus on guiding people into improved health.
‍
Kristin also hosts the WELLPOWER Podcast expanding biohacking with an even broader audience; including ways women can align with their hormonal cycles, and just how far we all can go in the pursuit of optimal performance. Kayla Osteroff is a neuroscientist and women's health science expert whose work has been featured on stages and media around the world. Formally trained across the health sciences with degrees in health ecology, public health, epidemiology, and neuropsychophysiology, Kayla has developed a truly holistic understanding of health and how to achieve resilience of the mind and body. Shawn Wells, MPH, LDN, RD, CISSN, FISSN is a product formulator and expert in the fields of performance nutrition, longevity, fitness and supplementation. He earned his master’s degree from UNC-Chapel Hill, where he studied nutritional biochemistry with a minor in exercise science. Shawn is a Registered Dietitian with a decade of experience as a Chief Clinical Dietitian in hospitals and skilled nursing facilities. He is also a Certified Sports Nutritionist and has worked with celebrity clients and professional athletes.

On the road to being dubbed “The World’s Greatest Formulator”, Biohacktivitst, and Keto Authority, Shawn faced and overcame significant obstacles with his own health—weight issues, depression, autoimmune conditions (Epstein-Barr, Fibromyalgia, and Chronic Fatigue Syndrome), two cervical discs replacements, and a pituitary adenoma, which is a type of brain tumor. They say everything happens for a reason, and in Shawn’s case, his health problems led him down a winding path that required him to find science-based solutions, and they sparked his personal passion for biohacking. 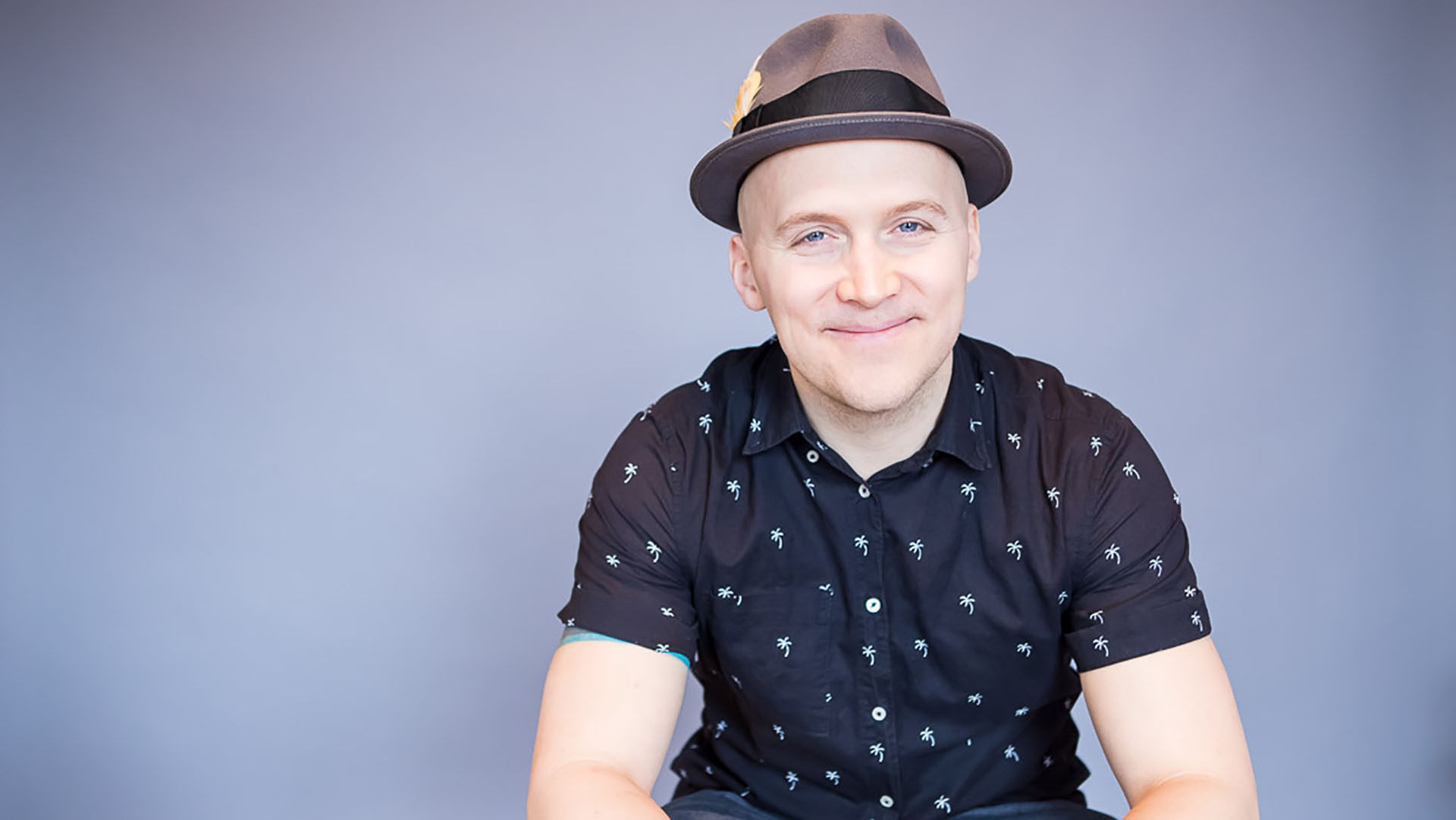 Freddie Kimmel is a Biohacker, consultant, Host of The Beautifully Broken Podcast, and a member of the leadership team at AmpCoil. He has been featured in The Wall Street Journal, The New York Times, LA talk radio, and Dance Magazine. He is also a proud survivor of metastatic cancer, Lyme, and toxic mold.
‍
Through the Beautifully Broken Podcast, Coaching, and social media Freddie helps people integrate and understand the value of transformational technology (think PEMF, Frequency, Pulsed Light, Supplements, Oxygen therapy, and more) to help people move through chronic illness and ignite the body’s natural healing mechanisms.
‍
Before becoming an advocate for vitality and wellness Freddie performed across the country in Broadway touring productions of Phantom of the Opera, Billy Elliot, and the Broadway-bound Cagney the Musical. Music heals and it continues to be a driving force in the way he helps others.
‍
www.Freddiesetgo.com / www.beautifulylbroken.world 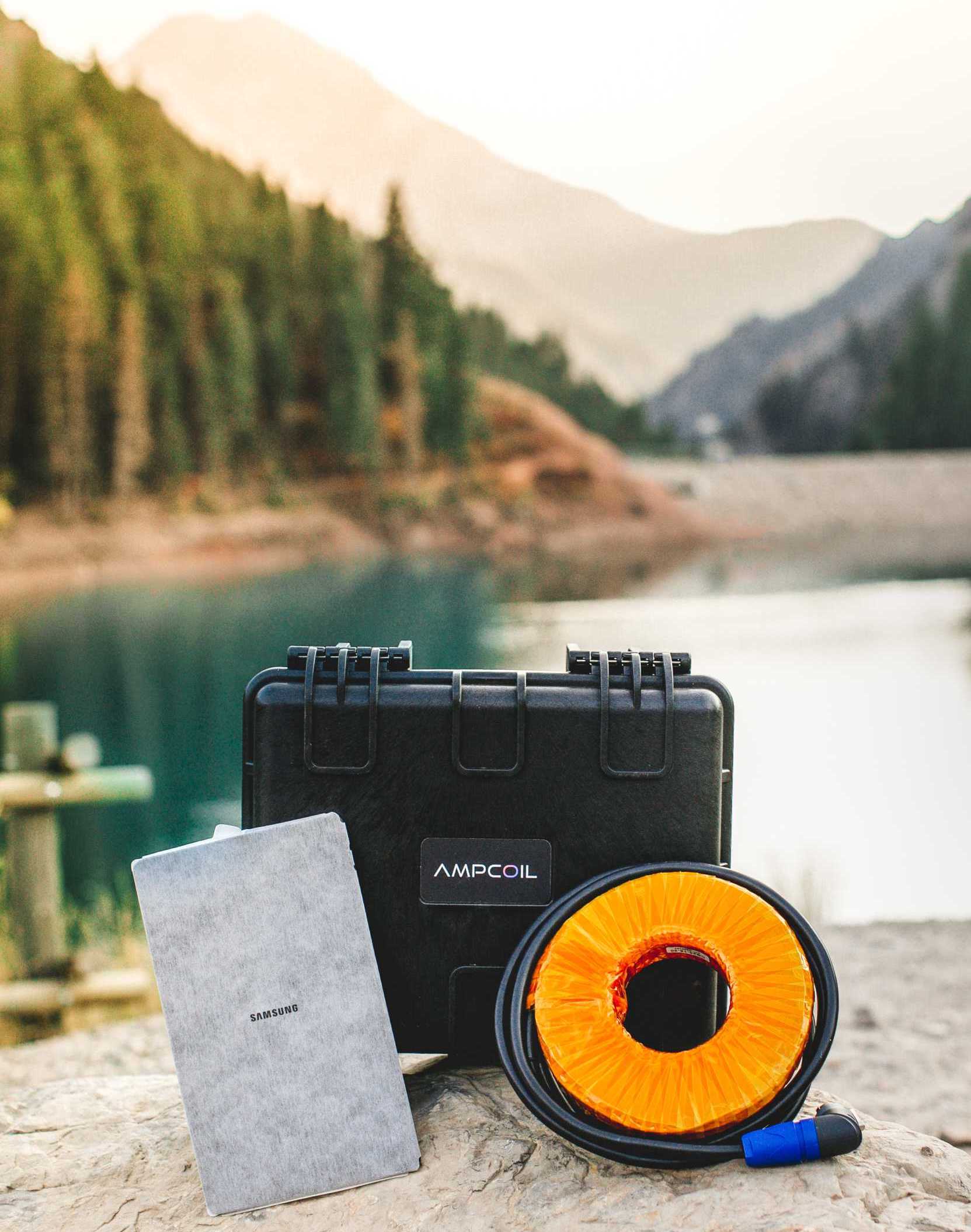 Along with an incredible landscape of nature, well-studied speakers and live experiences, we've align the following activations for you with key partners that highlight the overall 'Awake & Aware' theme of the weekend.

AmpCoil is a wellness technology that compliments the energetic body. The system utilizes pulsed electromagnetic fields to deliver proprietary sound software to the body through a modified tesla coil. The science of Bioresonance, Software, and PEMF combine to create an environment where the body's natural healing mechanisms may function as nature intended.

AmpCoil functions through the process of entrainment. Information is broadcast through space much like two tuning forks tuned to a specific note or frequency. When the body hears beneficial tones, it starts to sing in health resonance.

Attendees will have an opportunity to relax and receive hundreds of different sound frequencies programmed to resonate with the body's bioenergetics field. The AmpCoil software known as the BetterGuide Application is based on 7 years of research and development and is currently utilized by thousands of home users and hundreds of functional wellness clinics across the globe.