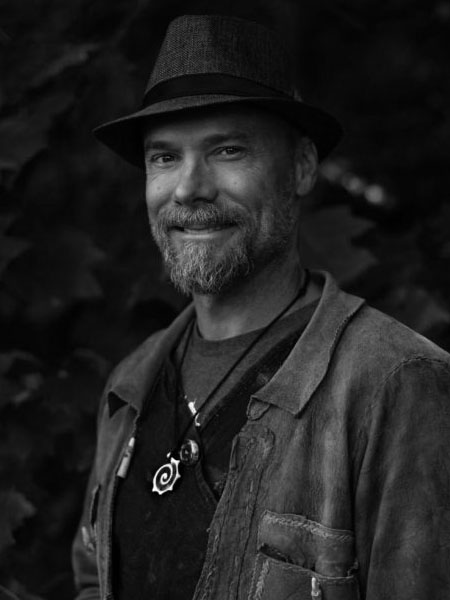 Fuz Sanderson is an endangered species biologist, Earthskills teacher, musician and storyteller. He has over 25 years as a wilderness instructor, naturalist, and research biologist for organizations such as 4H, National Wildlife Federation, US Fish and Wildlife Service, North Carolina Wildlife Resources Commission, US Forest Service, US Park Service, and the Green River Preserve. Fuz coordinated the Earthskills Rendezvous for 8 years, and is founder and coordinator of the Piedmont Earthskills Gathering in central North Carolina.