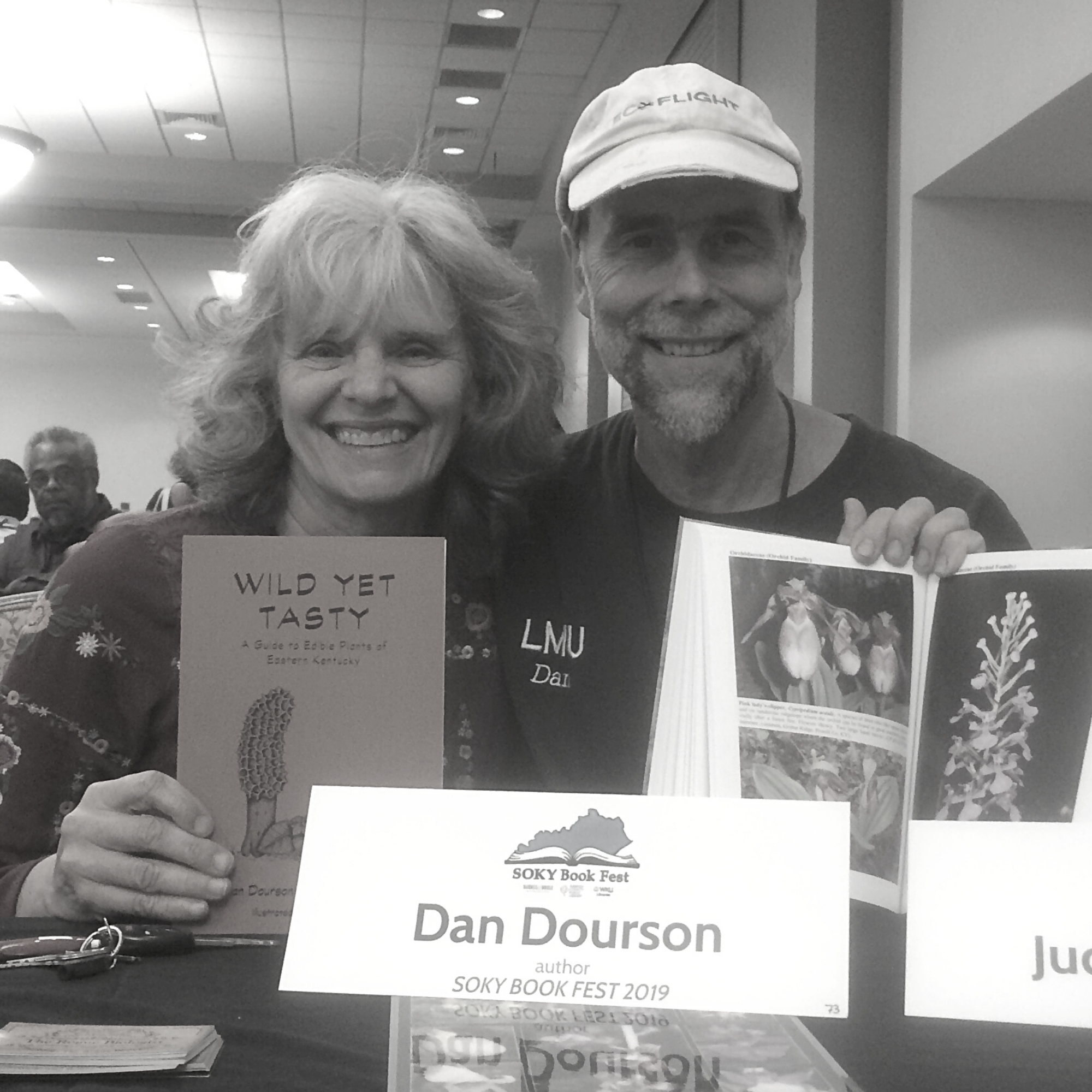 Dan Dourson is a biologist/naturalist/illustrator who has spent most of his adult life dedicated to the preservation, conservation, and understanding of the planet’s more obscure plants and animals. For nearly twenty years, he worked with the US Forest Service, as a wildlife biologist specializing in nongame management in Red River Gorge. Dan works extensively with White-haired goldenrod conservation and recovery efforts for the US Forest Service. He was a co-facilitator, a field leader and occasional speaker of the Annual Wildflower Weekend at Natural Bridge State Resort Park for more than 25 years. Dan also was a field leader for the Great Smoky Mountains Wildflower Pilgrimage and numerous other plant-related surveys and workshops. In addition, Dan has spent more than 25 years studying land snails in the eastern United States, Central America, and in the Amazon Jungle of northwestern Peru. Dan was one of two lead investigators on a 2016 National Geographic Expedition into the Maya Mountains of Belize, studying a bottom up relationship between land snails and harpy eagles. He has described 9 new land snail species from the US and 18 new species from Belize, Central America.

Judy Dourson was an educator for 28 years in the Powell County School System. Upon her retirement in 2006, she accepted a position as Field Station Manager for Belize Foundation for Research and Environmental Education (BFREE) in Belize , Central America. Later, she became the Director of Educational Programs for BFREE where she developed and facilitated field courses for university students from across the globe as well as support for researchers. For 25 years, she has served as Dan’s field assistant, primary researcher, and editor. Judy has co-authored several books with him including the most recent editions of the biodiversity series in the Red River Gorge. She has participated in the annual Wildflower Weekend and Herpetology Weekend at Natural Bridge State Resort Park as a field leader. Judy currently serves on several advisory boards including the Red River Gorge Discovery Zone, a mobile pop-up environmental education center dedicated to creating STEM activities for children and adults alike in various locations throughout the Red Gorge. She is also the editor and principal owner of Goatslug Publications, a publishing company dedicated to biodiversity materials.